“We see that there are a lot of potential gamers in Indonesia that can boast Indonesia in international level, but this whole time, they don’t have the platform and mostly judged by people that what they’re doing is kind of negative activity. Through this MoU, UDINUS will direct gamers to become professional gamers that can achieve a lot of achievements, “said the Vice Rector IV of Research & Cooperation, Dr. Ir. Pulung Nurtantio Andono, S.T, M.Kom after signing the cooperation with IeSPA, in UDINUS’ rectorate at G building.

Dr. Ir. Pulung Nurtantio Andono, S.T, M.Kom added that UDINUS will prepare all supporting facilities for students who join the community under IeSPA guidance. He also said that game was not only for fun, but also it could be used to improve students’ knowledge. “We will facilitate personal computer (PC) with high specification to support students’ skill in the game. For the last few years, there were many students used game as their final task theme such as DOTA game, “Pulung said.

Indonesia e-Sport Association (IeSPA) itself is an Indonesian e-Sports association that guide and promote digital sports in Indonesia, especially Central Java. The association will be a platform for Indonesian gamer community, people who joined this community will be able to develop themselves and achieve the highest achievement in e-Sports.

Meanwhile, the Chairman of IeSPA of Central Java, Nicodemus Dimas Nugrah Widiutomo, M.Kom said that the cooperation between IeSPA of Central Java and UDINUS wasn’t to make students became gamers, but it will make students become professional gamers that can compete in national and international competition. “We will train students in improving game play skills from tricks and strategies. The most important thing that we will train is the attitude in the game play. If the recruits have a bad attitude, then we will re-evaluate them, “he said.  Nicodemus mentioned that some games that became the main focus at the beginning of the cooperation was strategy games. He also mention that gamers who have joined the community will get reward in the form of monthly allowance. “With this MoU, it is expected that it can give motivation to students to work and struggle in eSports field. IeSPA of Central Java Province will also provide scholarships to students who excel in this field. We have two primary games in UDINUS such as Defense of Ancient (DOTA) 2 and Counter Strike Global Offensive (CS GO), but there’s also some other secondary games, “he added.

The signing of the MoU between UDINUS and IeSPA was attended by the Head Section of Sports Recreation and Sports Industry, Agus Panoto, ST, General Chairman of Indonesian Recreation Sports Federation (FORMI), Drs. Rakun, Mpd, UDINUS’ ranks and also some representatives from UDINUS’ student organizations.  The Head of UDINUS’ Public Relations, Agus Triyono, MSi mentioned that the game market from year to year is increasing and the cooperation will become the beginning for UDINUS to produce professional athletes. “Students’ response towards this cooperation is pretty great. We expect that there will be a lot of students joining this community and capable of being a great player abroad,” he concluded. (* PR / Alex; Picture by: Nining Sekar) 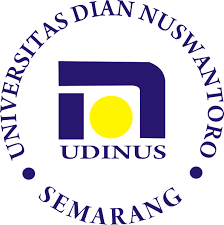 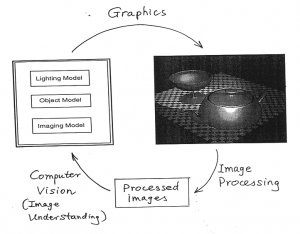